Plant Boye is an interactive project that allows you to experience the satisfactions of growing your own plant friend without the real responsibilies or risks. 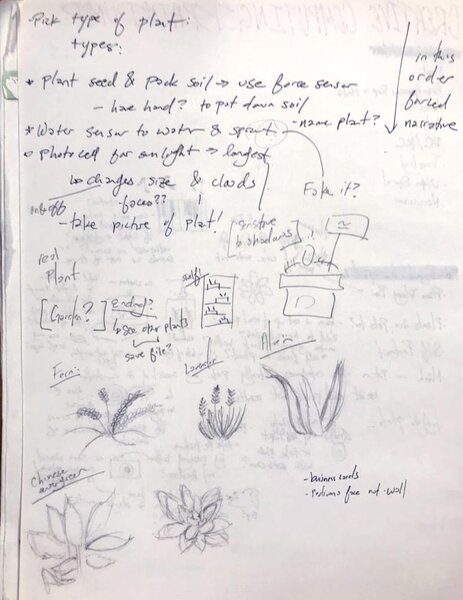 EARLY ITERATION OF THE PROJECT & BRAINSTORMING

This physical and digital interactive experience was inspired by my inability to keep real plants alive. By using an Arduino and different sensors, users are able to go through the physical motions of caring for a plant, allowing the digital plant to fully grow without any accidents or loss. The Adruino is coded in C++ while the virtual experience is coded in p5.js and designed with Photoshop.

Before this project, I was only using one Arduino sensor per project, but Plant Boye required four different sensors. I initially started by coding each sesnor's interaction in different p5.js sketches, but then I had to figure out how to combine everything into one big project and how to switch to the next interaction.

I used p5.serialcontrol so my p5.js sketches could read the Arduino sensor data. Again, I had to figure out how the data would be different with multiple sensors instead of just one. 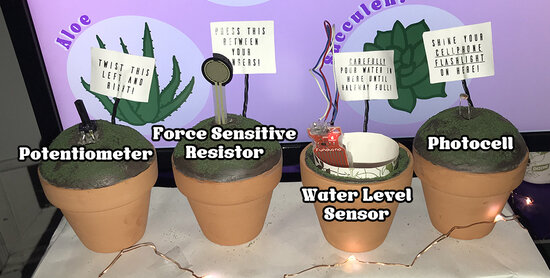 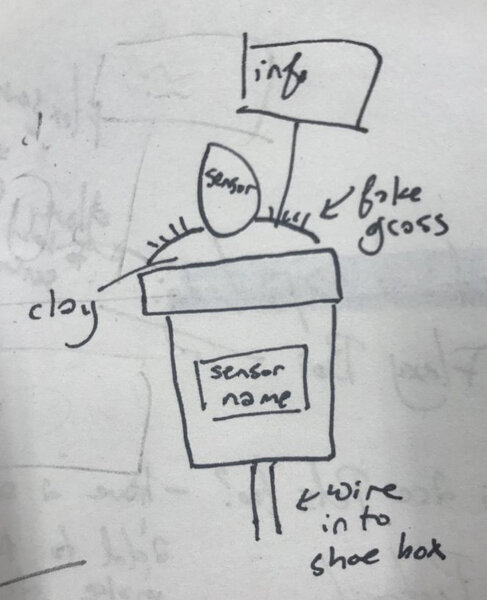 The four different Arduino sensors I used are the potentiometer, force resistor sensor, water level sensor, and photocell. First, the potentiometer will be used to pick between five different plants by rotating between the options. Then, the other sensors will allow you to go through the motions of planting without the physical mess. By squeezing the force sensor between your fingers, you will help pat down the soil on screen. Next, you pour water into the cup with a water level sensor which will water the virtual plant. Finally, the photocell reads the amount “sunlight” around it which would impact the size of the digital plant and number of clouds seen through the window. 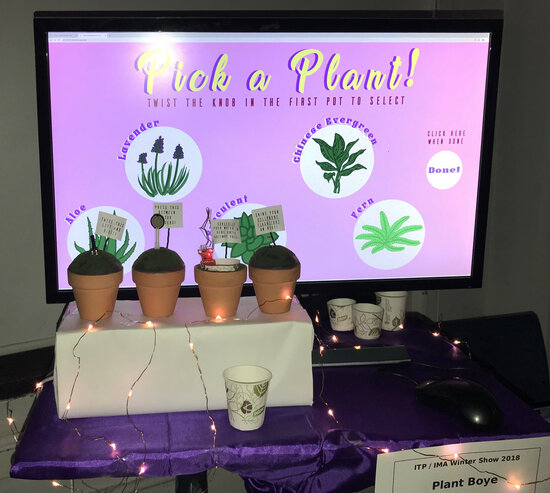 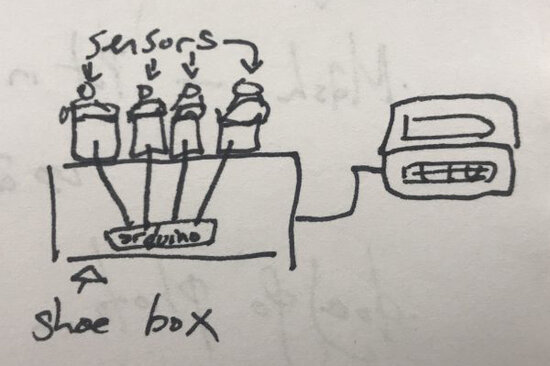 For the physical interface, I wanted to find a way to hide the wiring and keep it to the plant theme. After soldering all the sensors to the Arduino, I hid the wires and Arduino inside a shoe box with a hole in the back that connected the Arduino to my laptop. There were also four holes on the top for the sensors which were placed inside small plant pots on top of the shoe box. Surrounding the sensors was brown air-dry clay to act as dirt which was topped with fake grass. 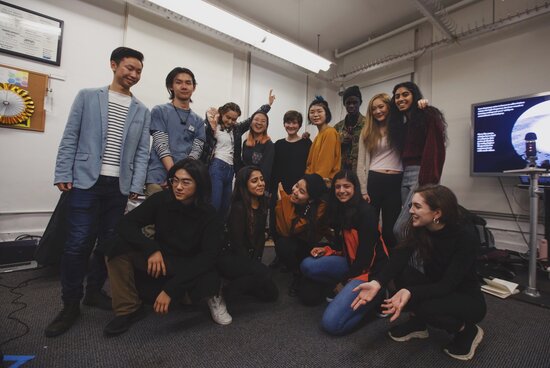 This project was shown in the ITP/IMA Winter Show 2018