A three minute video featuring 2D animated characters that shares the story of the shop Sad Boiz Co for a fake Kickstarter campaign. 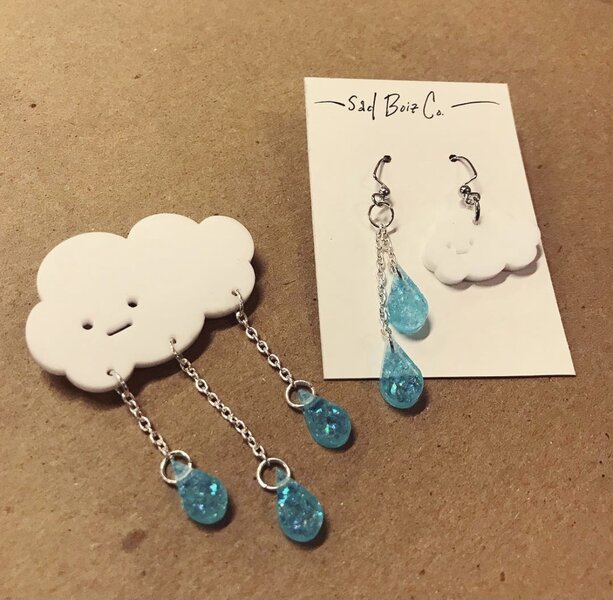 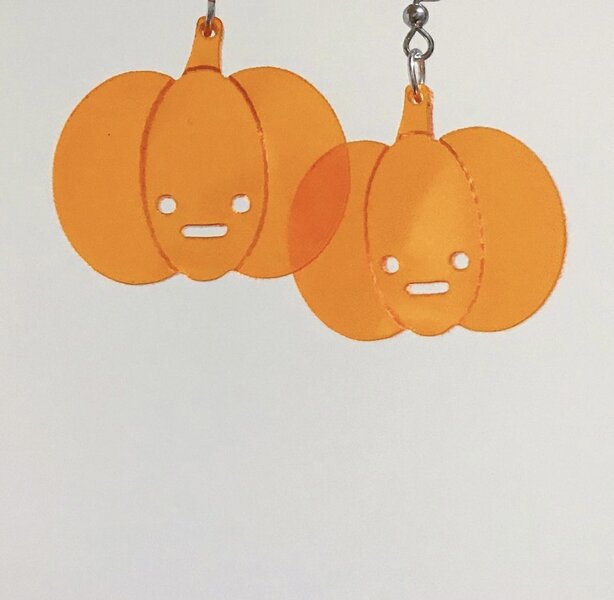 For this project, I worked through every step of the production process, from script-writing to scheduling filming days to video editing. I filmed parts of this video on a Sony FS5 and used Premiere Pro to edit this video. For the animations, I used an iPad to draw the assets and used After Effects to make the animations. 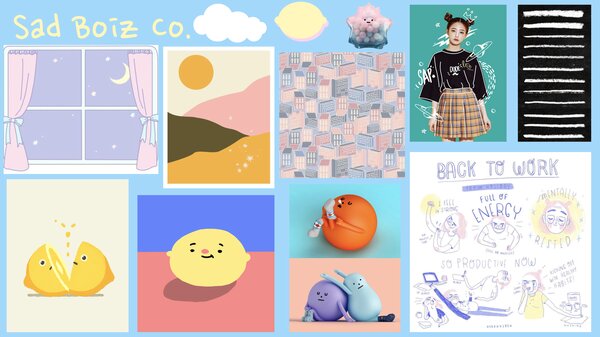 For my research, I looked at other Kickstarter campaigns that featured a strong brand aesthetic throughout their campaign and sold handmade items similar to Sad Boiz Co. I was most inspired by Three Gems Tea's campaign because of how they combined visual branding with the storytelling in their video. I also really liked RCHL for their bold visual branding and Goddesses of Autumn Birthstone and Flower Hard Enamel Pins for their graphics throughout the campaign page. 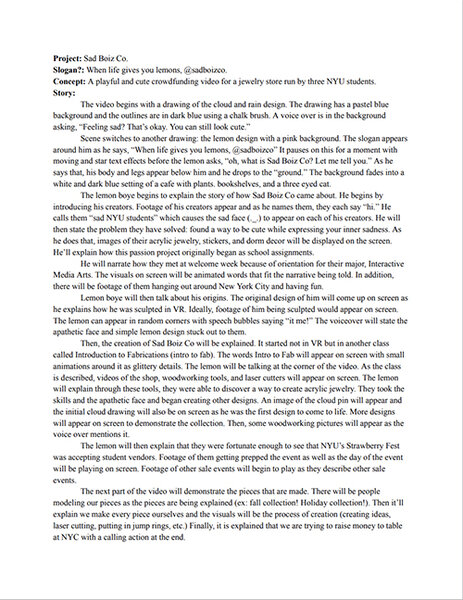 I learned that crowdfunding videos are meant to tell stories, not just sell a product the way a traditional commercial does. The video details Sad Boiz Co.'s origins and creation process, creating an intimate connection with the audience. I also created animations of the store's characters to help with the narration and to add more playfulness into the story. 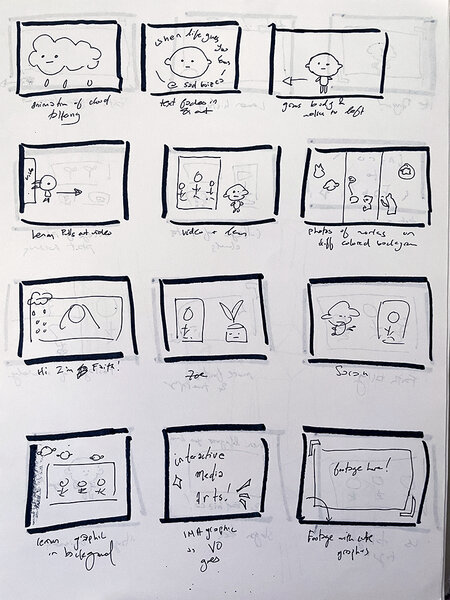 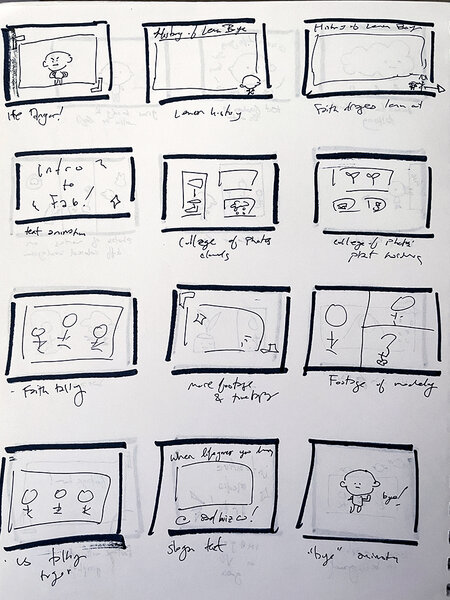 PAGES OF THE STORYBOARD

I worked through every part of the production process for this video. For pre-production, I researched other crowdfunding videos, created a conceptual treatment, made a storyboard, and wrote the script. For production, I followed my shot list and shooting schedule to film with Sad Boiz Co's co-founders and to shoot people modeling the jewelry. For post-production, I did all the video editing and animations.

ANIMATION COMPARISONS OF LIP-SYNCING WITH AND WITHOUT MOUTH RIGS

This video was my first time making a mouth rig and lip-syncing an animation. I taught myself how to make the mouth rig, and although it took a bit of research to understand the different mouth shapes, it quickly became really fun for me.

The videos above show how the lip-syncing of the animations changed after I made a mouth rig. Without the mouth rig, the animations were pretty funny as they did not match the audio at all. The mouth rig greatly improved the animation and gave the Sad Boiz Co. characters more personality.