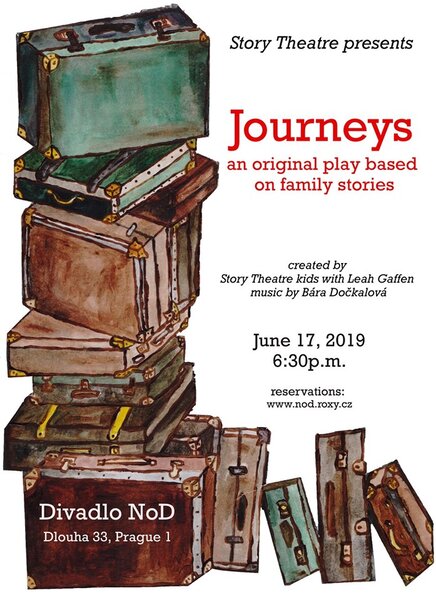 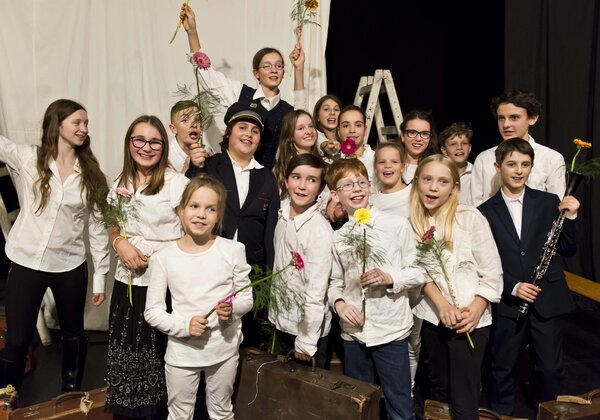 Story Theatre is a children's English theatre group in Prague co-founded by Leah Gaffen. They were planning a crowdfunding campaign to make professional recordings and CD's of their award-winning musical Journeys. I worked closely with Leah on this video during my Prague study abroad in the Spring of 2020. Although my time in Europe was cut short by COVID, I continued to work with the theatre group to finish this crowdfunding video. For this project, I helped out with scriptwriting, interviewing, and video editing in Premiere Pro. 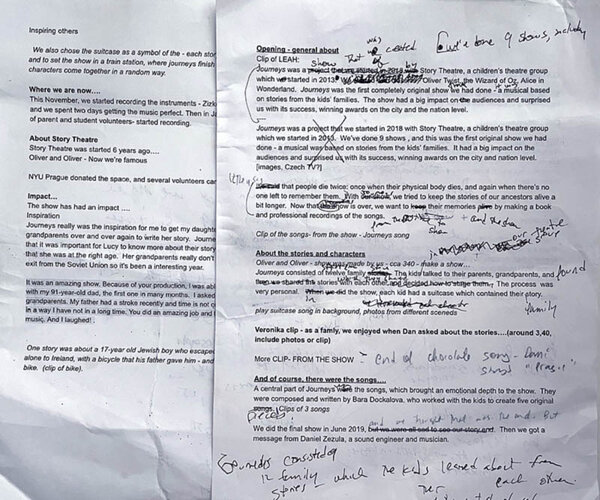 Although most of the video was made using existing footage captured by the theatre group during prior shows, I did help with filming additional scenes for the crowdfunding video. When Story Theatre were meeting to record for their songs, I filmed B-roll footage, and I conducted and recorded interviews with people involved in Journeys. On a separate occasion, I also helped record Leah's voiceovers and her scenes at the beginning and end of the video. 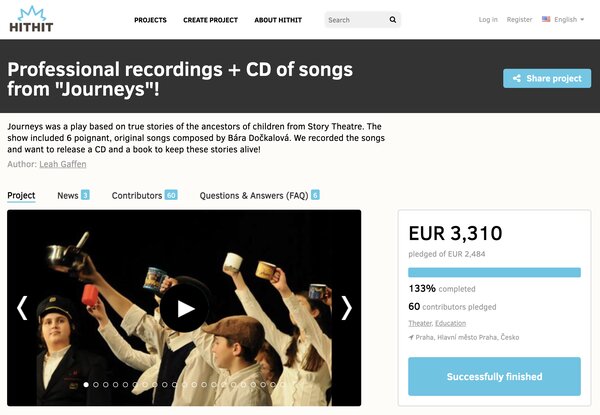 The crowdfunding campaign was hosted on Hithit, a Czech crowdfunding site. Story Theatre's campaign was fully funded in just six days, and by the end, was 133% funded. Through this campaign, they were able to produce CD's of the songs in Journeys and start funding their next performance, A Star is Falling which is about Communist Czechoslovakia.